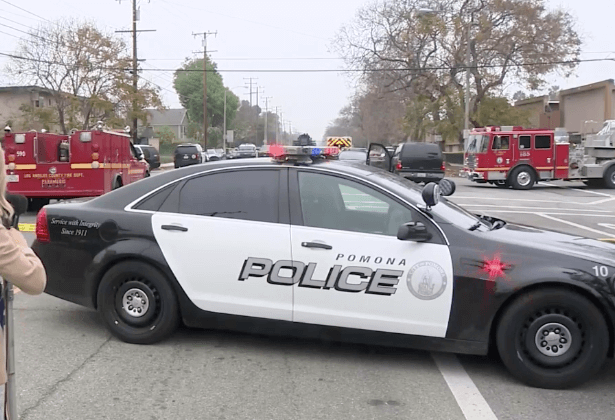 A Pomona Police Department officer has died and another has been hospitalized after both were shot during an ongoing standoff with an armed suspect, officials announced early Saturday morning.

"It is with a heavy heart that I must report that one officer did not survive," Police Chief Michael Olivieri said on Twitter. "The second officer is in stable condition."

The shooting happened about 9 p.m. Friday in the 1400 block of Palomares Street, near Fernleaf Avenue, where officers responded to a report of a barricaded suspect at an apartment complex.