On March 9, 2018, at approximately 9:04 P.M. Pomona Police officers responded to a call for service of a person driving recklessly. When officers arrived, they located the suspect's vehicle and attempted to conduct a traffic stop, however, the suspect failed to yield, and a vehicle pursuit ensued. During the pursuit, the suspect collided with a parked vehicle. After the traffic collision, the suspect fled on foot and a foot pursuit occurred. The suspect fled to a nearby apartment complex where he barricaded himself in a bedroom in one of the apartments. The officers attempted to contact the suspect, when the suspect began to shoot through the door fatally striking Officer Casillas.

Another Way to Show Your Support 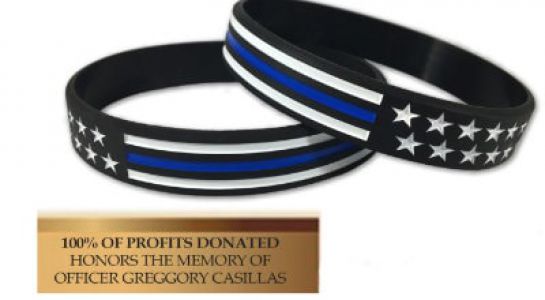